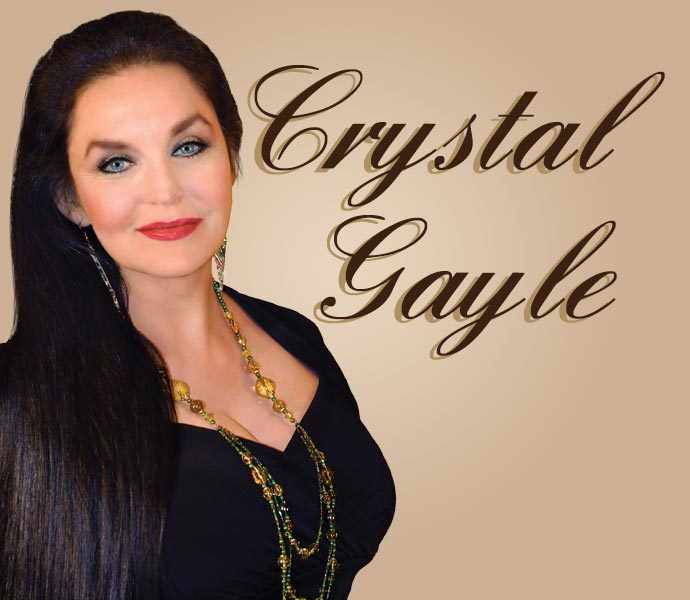 Crystal Gayle was inducted into the Grand Ole Opry as a member in 2017 by her sister, Loretta Lynn. In 2016 the Academy of Country Music recognized Crystal with a 2016 Cliffie Stone Pioneer Award for her lifetime achievements in country music. And in 2009 she was honored to receive her own star on the fabled Hollywood Walk of Fame. These honors are fitting tributes to this country music legend who has been a favorite of audiences since attaining national prominence with her first chart records in the mid-seventies. Renowned for her classic recording of her timeless signature song “Don’t It Make My Brown Eyes Blue.” Crystal has released over twenty number-one hits and has been awarded numerous times by the Grammy’s, the Country Music Association, the Academy of Country Music, and the American Music Awards. Crystal also found great satisfaction in recording two inspirational albums and three respected children’s albums which includes a duet with the one and only, Big Bird.